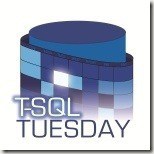 This months T-SQL Tuesday (#134) comes courtesy of James McGillivray (twitter) and is all about taking a break, how we disconnect and switch off from all the work related stuff.
I've actually taken my foot off the gas for some time now, like many people I've struggled with the current happenings in the world and took the decision to halt a lot of what I would call work related activities. This also gave me time to focus on some of my other hobbies that I have neglected for quite a while; I'm a big retro gaming nut, I'm involved in an indie merchandising setup, I try to play chess now and again but my main distraction is electronic music.
Specifically speaking it's more so around underground dance music. I was an aspiring DJ for many years, almost two decades but way before that I had a huge interest in the UK rave scene (around 91 I think it started when I first heard a Phenomena mixtape) and since then I was on one hell of a journey! That was until it came crashing down in 1999 which is another story completely.
Recently I picked up the decks again and even more recently started blogging about my journey, currently unpublished. I wanted to share a lot about the music from my past; the influencers, the background of the many different genres and subgenres, some personal stories (like my brief stint with pirate radio...I know btw) but mainly it's about the music.
Which is where the escapism comes in. I suppose it's always been about that really and lately I have to say it has really been my savior. Music, playing it, is something else completely. I can lose hours just from plugging in the controller, headphones and just playing. I've never really been genre specific either so whether it's uk breakbeat, soulful deeper house, goa trance, techno, liquid dnb, all of it basically! All with their different sounds, influencers, people and of course the many amazing memories.
So, that's what I do to take a break from it all and honestly it has helped massively over the last few months and it's developed too that I'm considering some live streams in the future, once I get over the sheer panic of that thought anyway! So whatever you're doing to escape, to take a break and recharge those batteries; shine on ;-)

Popular posts from this blog

March 16, 2021
The question whether to use COUNT(*) or COUNT(1) has been doing the rounds on the internet again,  the question this time is whether or not COUNT(*) forces the optimiser to scan all rows or not. I'm going to query Sales.Orders table of the WideWorldImporters sample database and use a where clause that should take advantage of a non-clustered index on CustomerID.  Firstly I'll run a select on everything and I can see the following query returns 107 rows: SELECT * FROM [WideWorldImporters].[Sales].[Orders] WHERE CustomerID = 832 Now lets try replacing the select everything with count(1) and this time I will include the actual execution plan. SELECT COUNT(1) FROM [WideWorldImporters].[Sales].[Orders] WHERE CustomerID = 832 The execution plan using COUNT(1) has used a seek on the Index and we can see from the operator properties that only 107 rows were read: Now I'll try a COUNT(*) and I have added a OPTION (RECOMPILE) hint to ensure a brand new execution plan is used: SELECT C
Post a Comment
Read more

February 20, 2021
The following guide to SQL Server wait statistics (as seen in the sys.dm_os_wait_stats DMV) is complete jibberish. It should not be taken seriously under any circumstances and if followed on a production environment don't mention my name. In fact blame Derek. Please!! DO NOT DO any of this, it's a joke (it's barely that to be fair). ASYNC_NETWORK_IO Asynchronously blame the network and storage teams for not upping their game.  CXPACKET Attempt to pronounce parallellellellellism correctly then set MAXDOP to 1. PAGELATCH Mention TempDB and contention in the same sentence. Delete TempDB BACKUP_ Delete any long running backup jobs. If wait persists then delete all backup jobs. PAGEIOLATCH Point menacingly at storage team, shout IO and YOUR FAULT a lot. Double server RAM when nobody is looking and set SQL Server Max Memory to 2147483647. LCK_ Well documented issue that is only truly resolved by adding NOLOCK to all queries. Often a less seasoned SQL Server professional will try
Post a Comment
Read more